Previously we studied geometry calculations and texture sampling. In this chapter we are going see how to determine which pixels are visible and how to draw partially visible pixels.

At first let us imagine we have a scene with geometric objects. After rasterizing those objects we have to determine, which rasterized pixel is in front of another and therefore which one should be drawn to the screen.

Depth buffer (also known as z-buffer) is a way to keep track of the depth of every pixel (fragment) on the screen. The buffer is usually arranged as a 2D array with one integer value for each screen space pixel. The depth value is proportional to the distance of the fragment that has been drawn. However there is a lot of precision close to the camera and very little off in the distance.

In the projection chapter we saw how the $z'$ value is calculated using projection matrix. This value was in range $[-1, 1]$ where -1 corresponds to the near plane and 1 to the far plane. The corresponding equation is: (z is the fragment distance from camera)

In order to store this value in the depth buffer it is first normalized into to range [0, 1] by substituting conversion:

Then it is multiplied by the max value of our depth buffer ($maxval=2^d-1$, where $d$ is the size of the depth buffer, usually 32 bits) and rounded to an integer. Resulting value is stored in the depth buffer.

Sometimes the source and the destination pixels happens to have exactly the same value. This problem was more common on older video cards because they had smaller depth buffer resolution, however it can also appear in current games with very large sight distance. The overall effect is annoying flickering that is called z-fighting. This effect can be avoided by reducing the depth of our view frustum and careful modelling of the distant geometry.

Color blending is a way to mix two colors together to produce to third color. These colors are called source and destination and they are in form $[R, G, B, A]$ where $R,G,B,A \in [0..1]$. Usually we use blending to represent semi transparent objects like glass. However we can also create interesting effects by changing some parameters in the blend function.

So far we know that the color value is a vector space element that consists of R, G and B channels and sometimes has also an alpha channel. At the fundamental level, alpha has no special meaning therefore we can use it however we need, for example alpha value could be used to store shininess, collision material or whatever we need in particular case. Most often it is used to represent transparency but there are still two different ways to do it.

Majority of programs and file formats consider transparency as:

When we consider blending two colors, we can call the color already in place the $destination$ and the new color we want to blend with it the $source$.

In math the equation for the conventional alpha blending is quite straight forward:

This way the transparency is fully independent of the color values. For example we can have fully transparent color that is either red or blue. One of the main problem with this is that if we sample the texture by floating point precision (for example by using bi-linear filtering) we could encounter color bleeding issue shown in this video.

If we decrease the value of alpha, then the current color is taken less into account when blending.

Another way to think about transparency is:

In math the corresponding equation is:

Now the RGB and alpha values are linked together. For example the only way to represent full transparency is to set both RGB and alpha channels to zero. In order to convert straight alpha color into the premultiplied alpha color we have to multiply the RBG values with the alpha value.

NB! Usually the information whether an image straight or PMA is not stored in the image file itself and it has to be made sure by ourselves. If we mix those two things together (for example export image as premultiplied alpha but render it as straight alpha) we would get strange artifacts like thick black border around the image.

If we decrease the value of alpha here, the current color is still taken into account fully, but the background is considered more and more.

If we compare regular and premultiplied alpha math equations they seem to be quite similar. In practice it is more generalized and has following form:

For example, if we want to represent straight alpha blending we can choose following constants:

If our image is in premultiplied alpha format we have to change:

Some Useful Types of Blending Functions (for Straight Alpha) 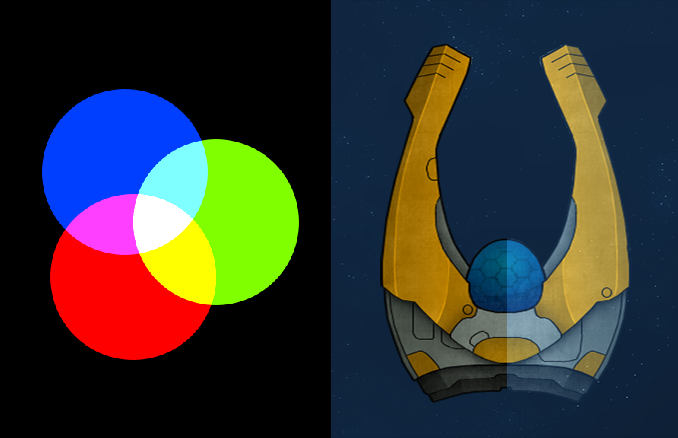 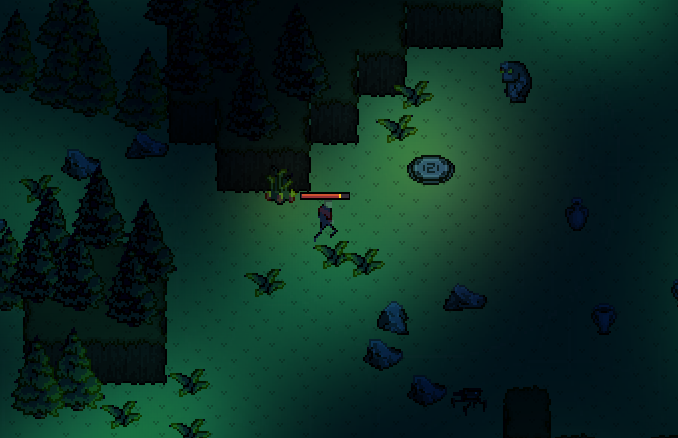 For further experimentation I suggest to try this application: http://www.andersriggelsen.dk/glblendfunc.php